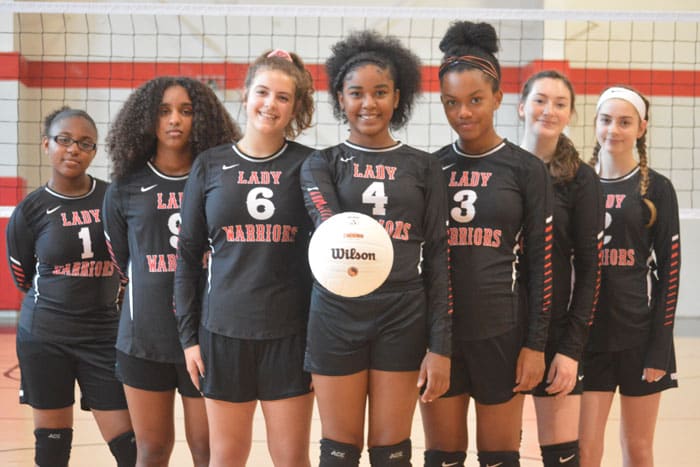 In Spring 2016, Life Center Academy organized a club to feed a growing interest among LCA girls in the sport of volleyball; the program has since evolved into a varsity team. In 2019 the team was finally validated with a 14-5 record and the team's first PJAA playoff appearance.

Life Center's varsity squad trains week days (except Wednesday) 3:00pm-5:00pm, and a varsity player is expected to attend every practice and game . All players are required to have a current athletic physical on file with the school nurse.

If you are someone who wants to be a part of something bigger than yourself, to push yourself to new heights, to win a lot of games and to have fun doing it, please contact Ben Flick at bflick@lcmail.org